Passion always leads to success. Since he was in elementary school, Jayanth had dreamed of starting his own food business. He claims that he pursued engineering and an MBA to satisfy societal expectations in order to obtain a high-paying job but he was always an entrepreneur at heart. 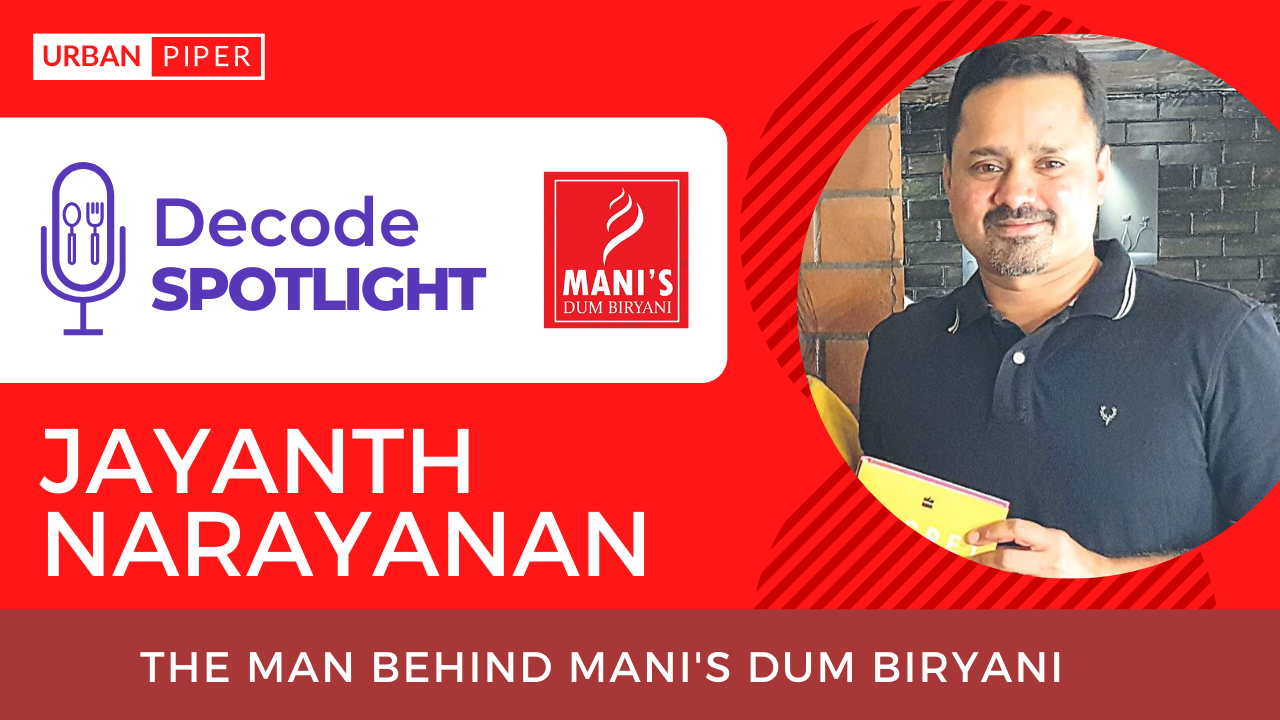 UrbanPiper launched Decode - The Food Tech Podcast with Mr Jayanth Narayanan, founder of the famous QSR chain Mani's Dum Biryani as the first guest. While a lot of people have eaten at Mani’s Dum Biryani and have happy memories associated with the brand, in this blog we take an in-depth look at the man behind the brand.

Jayanth is an engineer from BITS, Pilani and has completed his MBA from XLRI, Jamshedpur. After his MBA, he had stints across the globe in USA and Dubai before coming back to India. While he did return to India, his entrepreneurial journey had not begun yet as he worked for firms such as Ernst & Young, and Capital One. Jayanth’s journey as an entrepreneur began after gaining experiences from these various stints.

He always had the urge to build a business of his own. He tried his hands with starting a BPO and another company that focused on product development but unfortunately, both did not work out.

The Beginning of His Journey As A Restaurateur

The story started in 2008 when Jayanth and his college friend Srikanth opened their first restaurant called Cafe Arogya with their savings. It was a restaurant that focused on healthy food, where they would provide healthy food options at affordable prices. They worked sincerely, investing in high-quality ingredients, did not make compromises in the quality of food, and marketed their restaurant in every possible way - from putting up ads in newspapers to giving discounts on their menu. They even explored different sales channels from catering to office meals to independent kiosks.

But the efforts did not reap in profits and as Jayanth Narayanan says in his own words - “It was like an art movie. Critically applauded, but commercially unviable”.  They were praised for coming up with a novel business concept, but after only a few months, their profit graph began to decline, and they were losing a few lakhs per month, to the point where they would lose their entire investment if they continued to operate.

The Birth Of Mani’s Dum Biryani

The staff at Cafe Arogya was discouraged, but Jayanth was determined to get a return on his investment. Instead of closing the eatery, his chef Mani suggested that they turn it from a health restaurant to a Biryani outlet. The survival instinct set in, and this notion was allowed three months to develop. Thus, in 2009, the green signboards of Cafe Aarogya were removed and replaced with red signboards of Mani's Dum Biryani, and the menu was altered from health foods to simply Biryani!

Jayanth Narayanan realized at that point that he needed to connect his business with the needs of his customers.. As a result, they began delivering packages to consumers on their own during a time when home delivery was not as prevalent. Orders began to pour in, and by the third month, they were profitable! There has been no turning back since then.

Today, Mani’s Dum Biriyani has 14 outlets in Bangalore with an annual turnover of 15 Crores and with only one focus - Biryani. He says consistency is what they focus on and hence, they do not have a very complex menu.

Passion always leads to success. Since he was in elementary school, Jayanth had dreamed of starting his own food business. He claims that he pursued engineering and an MBA to satisfy societal expectations in order to obtain a high-paying job but he was always an entrepreneur at heart. He feels that failure is not anything to be afraid of, and advises aspiring restaurant owners to get a good location, create a brand, and then look for ways to enhance revenue.

Jayanth Narayanan is a tru foodie, he loves to eat traditional South Indian dishes. Some of his favourite restaurants are Saravana Bhavan and Sangheeta in Chennai where he was a frequent diner during his childhood. Back in Bangalore, he is a fan of MTR, Vidyarthi Bhavan and Brahmins’ Coffee Bar.

Jayanth is also a writer and has penned down his insights from his hands-on experience of running restaurants in 'The Restaurant Business in India' in 2011. Apart from his book, his blog posts still continue to be a valuable source for aspiring restaurateurs. 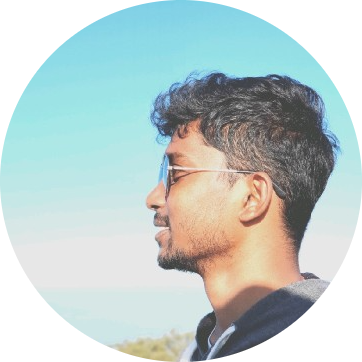