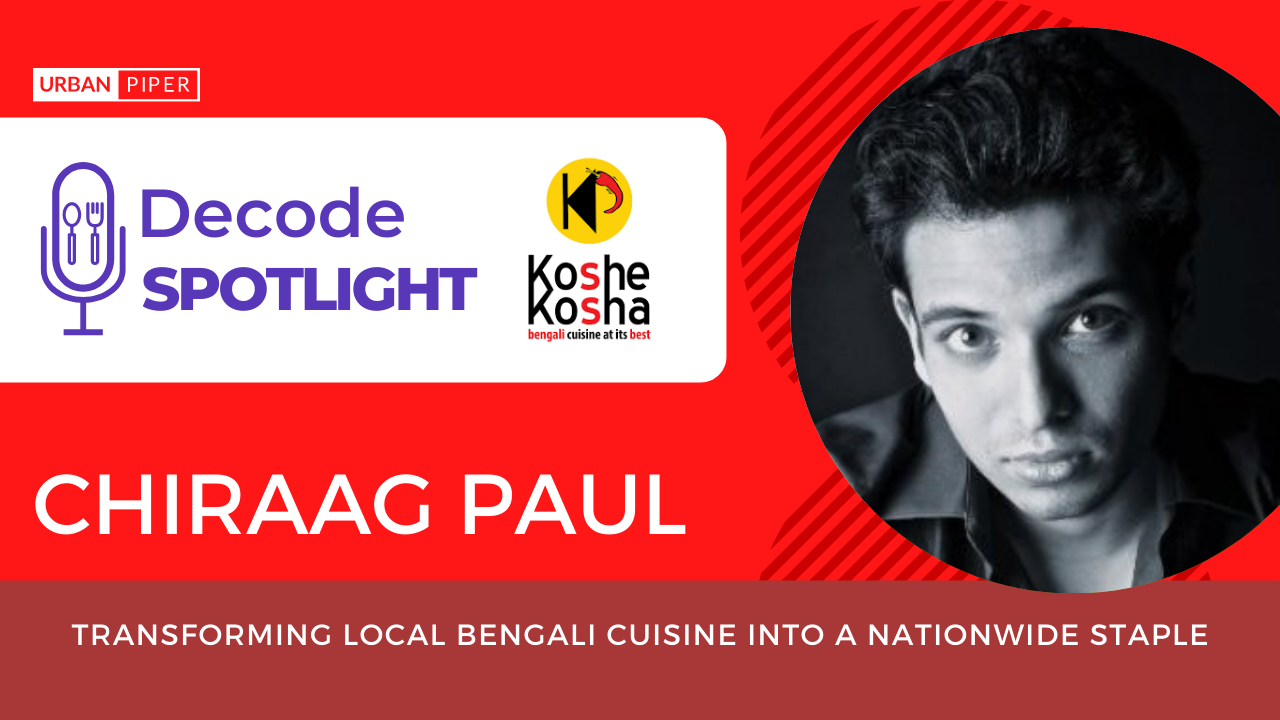 Sundays are incomplete without Kosha Mangsho in Bengal. The love for this dish among the people of Bengal is everlasting, to such an extent that an entrepreneur opened up a brand to showcase the dish in other parts of the country. Read below to know the journey of Chiraag Paul and his brand Koshe Kosha.

Chiraag Paul grew up in Singapore and studied Business and Management at The University of Buckingham. He has always followed his passion, first as a footballer, and then an entrepreneur. He was a footballer by profession but had to leave his career due to knee injuries when he was playing for Birmingham City Football Club, following which he became an entrepreneur.

The Journey of Koshe Kosha

Koshe Kosha was born as Chiraag Paul wanted to start something of his own. He had heard tales of kosha mangsho and other typical Bengali food since his childhood from his father who was a fan of kosha mangsho from Shyambazar (a famous neighbourhood in Kolkata).  He wanted everyone across the globe to taste kosha mangsho cooked in the traditional Bengali way. He believes that the East region of India has robust cuisines cooked with distinct flavours that should be experienced by diners across the globe.

Koshe Kosha is known for its ‘’Bangaliyana’’ - a feeling and an emotion that depicts love for Bengal. People know Bengal for sweets and fish but there is much more to it and that is depicted from the wide range of menu at Koshe Kosha. Chiraag Paul wanted to bring these dishes to the limelight for everyone to enjoy.

The brand expanded and has multiple outlets right now. He says this has been possible only due to the retention of customers which he feels is very important and considers them as the influencers of the brand. He believes word of mouth is the most important marketing strategy and insists that the brand plays close attention to customer feedback. He says, ‘’Retention is as important as Acquisition’’. The brand’s business model was very clear from the beginning. They did not want to open large restaurants, but small ones so that they can invest the same amount of energy, people, and money across a chain of restaurants to serve a wide audience and cater online deliveries across a large geography.

Adapting To Technology & What’s In Store?

Chiraag Paul believes it is very important to make decisions based on data as it helps in accessing the roadblocks faster. The use of technology has helped in supervising everything under one roof as he no longer has to visit different outlets and can make decisions from the headquarters based on analytics. India adapted to a wide range of digital payment solutions rather early, and he believes that has helped accelerate growth in the F&B industry as well.

The brand is looking to expand to other cities as well. During expansion, he insists that one of the most important factors is the quality of raw materials procured as that plays a huge role in the overall product. When they plan to enter a new city, they plan to send manpower from their head office in Kolkata but also create a strong team of local manpower to run the brand in that particular city as they want to build a legacy.

On the personal front, Chiraag Paul is a Bengali at heart. From his favourite movie - Apur Sansar, a Satyajit Ray classic to his favourite dish - Lal keema at Koshe Kosha, he is a true Bengali. He also likes Japanese cuisine and South East Asian food as he grew up consuming the same. He says his favourite city is London and his favourite book is Dream With Your Eyes Open.

Watch the entire episode of Decode with UrbanPiper featuring Chiraag Paul on our YouTube channel now!

Insights, tips and tools to help you run and grow your restaurant.
Read all blogs
No items found.